You are here: Home / Articles / 4 Proven Ways to Speed Up Fat Loss Instantly Without Effort 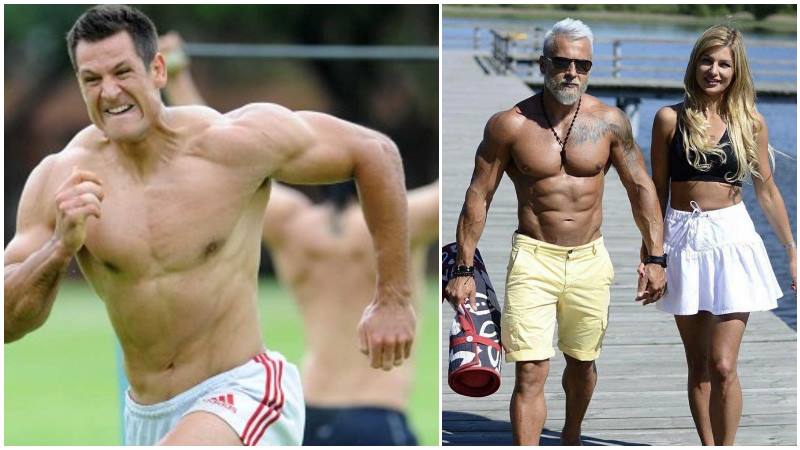 We all know that burning fat is hard.

If it was easy, obesity wouldn’t be a growing worldwide problem.

With the summer now in full swing, if you’re anything like most people, you’ll be looking to trim down some of that excess fat before hitting the beaches.

The problem these days is that there is so much information (and mis-information) out there, that finding the best ways to speed up fat loss can quickly become very confusing.

Conflicting studies and over-hyped claims from supplement manufacturers can make it really difficult to separate fact from fiction.

Luckily for you, we’re here to make your life that bit easier by pointing you in the right direction when it comes to proven methods for losing fat.

From adding some proven fat burning foods to your diet, to making sure that you’re in a calorie deficit, we’re going to focus on the most important things to consider when it comes to shredding fat – fast.

So, let’s now delve right in and start looking at the best four ways to increase fat loss this summer.

1) Get Your Diet On Point

It’s probably the most obvious point of all, but so many people overlook nutrition when it comes to losing fat.

Yes, exercise plays a big role in helping to get your body burning more calories and ultimately, fat – but nothing will have as much of an impact on your figure as getting your nutrition plan sorted.

If you’re looking to lose fat, you’re going to have to make sure that you’re in a calorie deficit on most days.

This means that you’re burning more calories than you’re consuming, which leads to your body gradually starting to use up its fat reserves as an energy source.

One thing that many people don’t know is that your body is actually designed by evolution to burn fat as a source of energy.

Think back to when food was much more scarce for our ancestors. It made logical sense that you’d eat as much as possible whenever you did come across some food, because you were never sure when your next meal would be.

This led to the human body evolving to use fat as a way to store energy long-term for future use.

You see, storing fat is actually a clever evolutionary trick which ensured the survival of the human species. It’s just that it’s a bit outdated these days.

The problem nowadays is that we basically have constant access to food, but our bodies are still wired to think that calories a scarce.

That means that as soon as you over-eat, the excess calories will be stored as fat.

It’s actually an ingenious way of ensuring the survival of the human species, it’s just a bit out-dated when it comes to the modern world.

This will ensure that your body is turning to its fat reserves for energy after the calories consumed from food are used up.

To achieve this, we recommend tracking your calorie intake through an app such as MyFitnessPal, so you know exactly how much you’re taking in each day. (You don’t have to do this long-term, it just helps you get a feel for how much you should be eating each day).

You can then adjust the amount of calories you’re aiming for based on your current fitness situation.

So, our number one tip is to make sure that you’re consuming less calories than you’re burning. Simple really.

You’ve probably already heard all about intermittent fasting and its various benefits.

Only now are some of the purported claims with regards to Intermittent Fasting are beginning to be backed up by scientific studies.

If you’re anything like us, just the word ‘fasting’ is enough to put us off.

But it’s definitely worth considering if you’re looking to burn fat faster than ever before.

Fasting on its own has a whole range of health benefits, but it’s most useful as a tool for fat loss when it’s combined with exercise.

The best way to reap the benefits of fasting for fat loss is perform cardiovascular exercise first thing in the morning, on an empty stomach.

If you’ve never tried this before, then this may sound daunting.

But hear us out.

If you’re in a fasted state (basically, that haven’t eaten for at least 10 hours), then your body is already primed to burn fat.

If you were to just sit around and not exercise, then your body would start burning fat naturally anyway after the energy from your last meal has been used up.

But if you start some intense exercise during this window, then you’re going to get the turbo-charged fat burning benefits of training fasted.

Of course, if you’re looking to bulk up, then lifting weights while in a fasted state is probably not a great idea.

But if you’re looking to cut fat, then training on an empty stomach is a hugely under-rated and powerful tool to help you to lose fat.

3) Eat More Of These Foods

There are whole host of foods you can add to your diet to help speed up fat burning.

Things like Cayenne Pepper and Green Tea are brilliant at boosting your metabolism and getting your body burning more fat even while resting.

They work by speeding up your metabolism and sparking a process called thermogenesis, which essentially increases your body temperature and causes it to burn more calories as it cools itself down again.

Then there are the energy boosting benefits of stimulants such as Caffeine.

If you’re dieting and cutting back on the calories, the chances are you’ll start to feel a bit more drained energy-wise, meaning that you might not be as motivated to hit the gym.

That’s where a sensible dose of Caffeine can play a big role in helping to keep you feeling energized and motivated, even when holding back on the calories.

You can then also consider adding dietary fibers such as Glucomannan to your diet to help keep you feeling fuller for longer.

Glucomannan, which can be found in various types of noodles, has been shown to work as an appetite suppressant, making sticking to your diet easier.

4) Use A Quality Fat Burner Supplement

But… you should always make sure that your diet and training regime are totally on point before adding one to your regimen.

So many people expect supplements to work miracles right away, but they’re completely missing the point.

The whole purpose of a supplement is for it to be a tool to help you on your weight-loss journey, not to replace a healthy lifestyle.

That being said, if you are already training hard and eating right, then adding a quality fat burner can indeed make a big difference to your results.

The best news is that if you pick the right product, it will contain ingredients the help to raise energy levels, encourage thermogenesis and suppress appetite all in one.

So when it’s combined with a healthy diet and regular training, it forms an unstoppable fat-burning package.

Just make sure that you don’t fall for the marketing hype and pick a fat burner supplement that uses ingredients that are actually backed up by science.

Anything Else To Consider?

Just remember that as with most of the important things in life, patience is key.

There is no overnight way to lose fat. You’ll have to formulate a fat-burning regime and stick to it for at least six to eight weeks before you can expect to see noticeable results.

Get the basics right, and the results will follow.

So, that brings us to the end of our guide to Four Ways to Speed Up Fat Loss.

We’ve walked you through the four basic things you should be doing if you’re looking to turbo-charge your fat loss results.

The most important thing of all is to make sure that your diet is on point and that you’re in a calorie deficit most of the time. This will automatically prime your body for burning fat.

Then, you should consider trying fasted exercise to make the most of the fat burning mechanism built into your body by evolution.

Adding some fat burning foods and ingredients to your diet can help to further accelerate fat loss, as can choosing a quality fat burner supplement to complement your diet and training regime.

And finally, remember that burning fat takes time. Be consistent, stick to the plan, and you’ll get there in the end. You can expect to see noticeable results in around six to eight weeks.