You are here: Home / Articles / The Digital Age of Bodybuilding: The Good, The Bad and The Ugly

The Digital Age of Bodybuilding: The Good the Bad and the Ugly 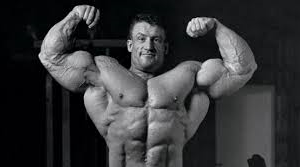 The sport of bodybuilding and its followers has grown exponentially since the advent of the internet. Prior to the age of instant accessibility and the day to day opportunities to interact with the stars of our sport, all we had were the magazines that covered the important events and the mystique that surrounded pro bodybuilding. The champions of that day relied heavily upon print outlets to put their images out to the public, personal appearances for the fans that would often times travel great distances to meet them and the simple act of following the “rumor mill” to help hype their physiques and winning attributes. It was a different time in those days where only so much money was available to go around and from only so many sources. This brings me to the world we live in today. The internet, and more specifically social media, has changed the landscape for bodybuilders, both amateur and pro alike, has allowed for a plethora of opportunities to be created and taken advantage of for personal gain and has quintessentially allowed for those who haven’t even achieved a single accolade under the lights of a bodybuilding stage to become superstars in our world. Here then is my take on The Digital Age of Bodybuilding: The Good, The Bad and The Ugly. 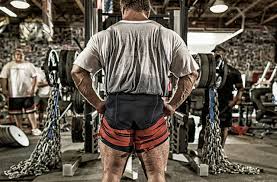 In my earlier years as an aspiring bodybuilder I relied heavily upon the images in the magazines to support my enthusiasm and give me guidance in my endeavors. The stacks of magazines piled up pretty quickly and they became scripture to me. Contest results and the latest information was usually two to three months behind (due to the process of getting the mags printed) and when you actually met someone in the business who possessed current knowledge you kind of felt left behind and out of the loop. Now with instant access to the pros, live play by play feeds of the competitions, live streaming of the events, q&a with the pros in different forums and the day by day interactions with the pros via social media, bodybuilding and all of the pre-internet mysteries that surrounded it basically exists no more. If you have a question about what you are doing, you have immediate access to the information already posted online or if you are having trouble finding what you believe to be a credible source, you can go right to one of the experts in the industry and ask them for yourself. If you don’t mind putting up some cash, you can enlist the help of a trainer in which you can get in perfect contest shape all by way of corresponding through email. Want to have your physique critiqued for better or worse? Post it on your social media sites. Perhaps you want to engage in an intellectual conversation about certain caveats of the nutritional side of bodybuilding; go online and join in a conversation currently taking place in a thread posted in a bodybuilding forum. The examples of instant access to bodybuilding knowledge are endless and much of the guess work of the past has now been eliminated (depending upon what you read and who you listen to). Regardless of the quality of information that is out there now, and there some very excellent sources available to you, the information is there and ready to be consumed by anyone willing to put in the work. In my humble opinion, this is much better than having no information available to you at all. 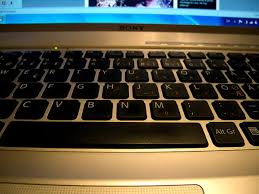 With all of the good that has come from bodybuilding and the internet you always have to be prepared for some degree of bad to accompany that. As mentioned in the previous paragraph, information pertaining to all things bodybuilding is readily and easily available. That being said, not all information is created equal and some of the sources you may run into are sketchy at best. Anyone has access to posting information online regardless of their intent and credibility. It’s up to the reader to discern between legitimate, science and anecdotally based information and that of speculation and gym lore. Just because something has been posted online doesn’t necessarily mean it should be taken seriously and this had lead many down a wrong and dangerous path in their quests to attain physique perfection. Another problematic area for me with regards to the online community is the quality of the commentary being posted in different threads and under social media posts especially when it involves the judgment and critique of a fellow physique aficionado. I will be the first to admit, that if someone posts a picture of themselves, they are asking for and looking for people to comment on their current development. Constructive criticism has always been a part of bodybuilding and it only exists to help further that individual’s progress and should never be malicious in nature. Unfortunately that’s not always the case and undeserving comments from individuals who really have no business critiquing a physique, have no background in judging a physique and probably have never even gone through the experience of what it takes to be a competitive bodybuilder and probably doesn’t even come close to looking like one themselves, starts belittling the achievements of others any and every chance they get. Perhaps I am a little jaded or naïve here, but the idea of an iron fraternity where we support the efforts of others rather than diminishinghard work and dedication sounds a lot better to me than the alternative. 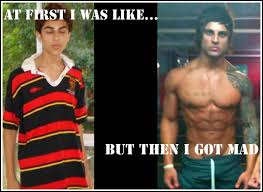 Self-promotion, cross promotion and any other type of promoting efforts you can think of is what makes the world of bodybuilding its money. And to be honest with you it’s a necessary element in order for us to continue our enjoyment of the sport. When it becomes ugly is when people abuse the power of self-promotion and literally become overnight superstars based upon a single, often ridiculous, event that they just so happened to film and catch on camera. This event may have absolutely nothing to do with true bodybuilding but was outlandish enough to catch the attention of anyone who happened upon it and then it spreads like wild fire to the point of going viral. The individuals in the video then take advantage of their newly found fame and start spreading their version of the bodybuilding gospel to anyone who decides to follow them. The wrapping of their newly developed muscle has barely been off for a minute and the ten pounds they were able to put on in a relatively short period of time ends up equating into years’ worth of knowledge that they have been able to attain and readily share. In some instances this has insulted those who have put in the time, have been in the trenches and earned their keep in this sport, while luckily most of the time these people don’t even end up on our radars. Bodybuilding stardom is not an endeavor that can be achieved overnight and especially so if you haven’t even stepped foot on a bodybuilding stage, and anyone claiming otherwise is far removed from the reality of our sport.

In the truest sense of the meaning, I am a fan of the sport of bodybuilding and have been so for over twenty years now. The mystique that surrounded the sport and its competitors was part of the draw for me initially and I loved how the champion of that time seemingly hid in the shadows for the entire year only to show up on contest day, with no one knowing how he would look other than those in his closest circle and walked away with the crown. That anticipation no longer exists but I believe it’s for the better of the sport which needed to grow significantly for it to continue to exist and it has and is now flourishing in our digital age. The information highway has opened doors to knowledge that previously didn’t exist for aspiring bodybuilders and the gravitational pull of an ever growing sport has drawn in those who otherwise would have looked another way. With good there is always going to be an element of bad and it’s up to the fans to decide for themselves which is which. Personally speaking, I love being able to interact and be a part of the bodybuilding community; I just hope more people join in with good intentions, support all that is good in our sport and promotes it with the respect it deserves.