There’s no denying that looking for an effective pre workout is just like hunting for ghosts: It can be scary at times and you end up feeling disappointed in the end.

But, what if we told you we know of a ghost that won’t disappoint? No, not an actual ghost but Ghost Legend pre workout.

Ghost Legend pre-workout looks to scare the competition away with its funky design and simple yet quality-looking formula.

It claims to be filled with premium muscle-pumping ingredients matched with working dosages.

Ghost Legend pre-workout It guarantees that you get a lot of pump with every scoop.

Twice as much than other supplements. Bold, but we think their boldness is not misplaced.

Is Ghost Legend pre-workout as cool as it sounds or is it just another prank? Let’s find out!

Ghost Legend pre workout describes itself as a product that utilizes a stand out energy and focus blend with high quality pump ingredients. They claim to pack more than twice the “oomph” you need in every scoop compared to other pre workouts. 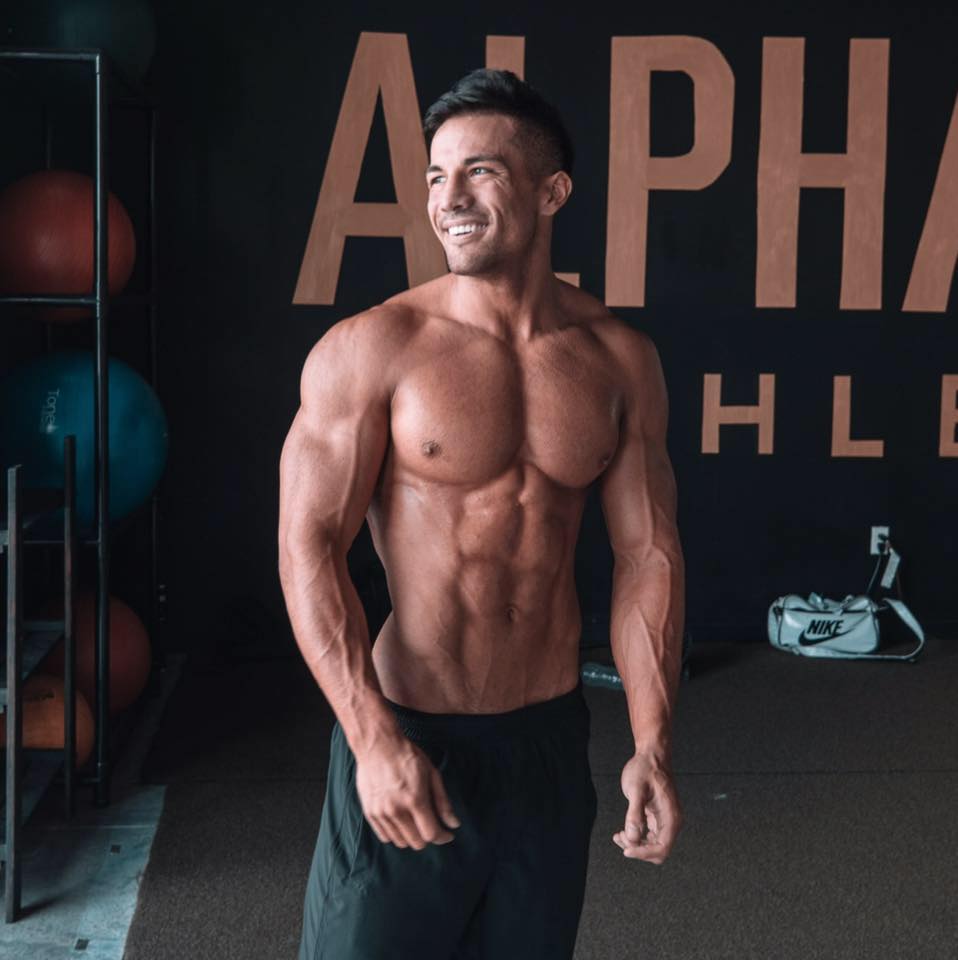 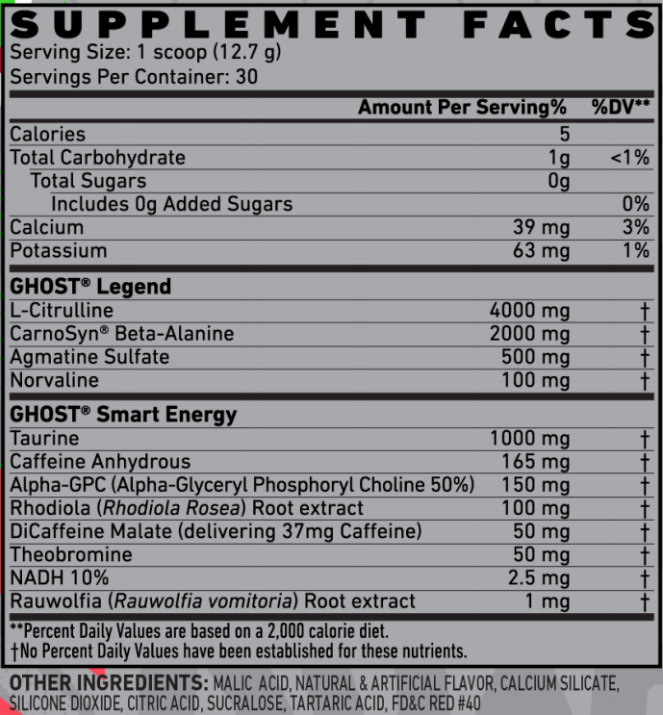 Directions: DO NOT EXCEED 2 SCOOPS PER DAY. Mix each scoop (serving) of GHOST LEGEND® with 6-8 oz of water or beverage of choice. Start with 1 scoop or less to assess your tolerance. Consume prior to exercise on training days.

This seems to be their main blend. It contains purely lift-boosting ingredients and we think it’s great that they started with what everyone buys pre workouts for: Raw power.

Ghost Legend pre workout combines powerful pumps with a good energy and focus boost. The people behind this pre workout seem to know what users want and that is to lift past their max without feeling mentally drained or immediately fatigued.

Here’s how it works:

Their GHOST Legend blend is a full-on mix of of muscle-pumping compounds that does not slack on dosage. The only beef we have on this otherwise perfect pump blend is the use of a poorer form of citrulline.

Citrulline malate is what you want in any pump formula because L-Citrulline just won’t pump you up the same way.

However, we can reconsider since they did supply us with four freaking grams of the stuff. Suffice to say, the synergy from all four ingredients should offset whatever benefit this muscle pump blend initially lacks due to poor ingredient form.

What about the other blend?

The GHOST Smart Energy blend speaks for itself: It’s a smart mix of energy and brain-related compounds. Taurine is always a welcome addition as well as the adaptogens. After all, lifting 200 lbs overhead a lot of times per set is not exactly relaxing or calming.

Then we have Caffeine. We immediately thought Ghost pre workout’s caffeine content is mild, but then we added the caffeine DiCaffeine Malate added and we realized we’re looking at over 200 mg per serving.

Do you know how much 200 mg of caffeine is? It’s literally more than two cups of brewed coffee in one gulp. Depending on your tolerance, you may find this too small or too nauseating. We think it’s within the “average” range.

Carefully selected ingredients, properly managed dosing, and a formula that creates synergy makes Ghost Legend pre workout truly one of the best in the business right now. It’s a plus too if you like the funky bottle design.

Despite the high quality ingredients and good dosing overall, we think Ghost Legend pre workout can be best complemented if you take creatine as a post workout. You can add the creatine in, but creatine works best for muscle recovery.

As a pre workout, Ghost Legend is more than capable of improving your lifts and giving you the necessary energy to last long after the first set. You’ll feel pumped and be literally be in the mood to put all that energy to good use.

Who is Ghost pre workout made for?

Ghost Legend pre workout is definitely made for the serious lifter who doesn’t want to rely on too much caffeine. Their market can also include users who are looking for a high quality and “clean” pre workout to try for the first time. It doesn’t have anything too strong or dangerous, and it won’t get you banned from any competition.

Now that we know it’s great for the gym, how about the other stuff it wants you to do?

Is it good for studying?

We think being literally pumped up while reading about the Napoleonic Wars is a bit too extreme. We think chewing gum can do the trick.

Is it good for office work?

Sure, if your office work requires a lot of muscle power or elbow grease. Otherwise, stick to a good cup of Joe.

Can you party with this?

Well, if your party involves mosh pits or crowd surfing, then why not? You can even lift both your girl and your side chick if you want. 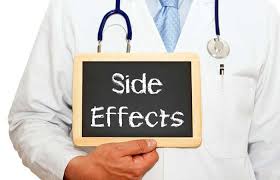 For the most part, the side effects you might feel are either from caffeine or beta-alanine.

We all know the bad stuff our old friend caffeine can do: nausea, palpitations, headaches, and sometimes a bloating sensation.

Beta-alanine’s side effect, the itching sensation, is sort of sought after since users think it’s a sign the ingredient is working. We say it varies, but if it itches then don’t worry: it ain’t gonna last.

While it’s not exactly perfect, Ghost Legend pre workout does make other mainstream pre workouts make a run for their money with its genius formula design and matching quality of doses and ingredients.

The only nitpicks we have – the form of citrulline used as well as its price – could easily be ignored if you’re just after pure lifting prowess in the gym.

There are many other pre workouts in the market, but we think Ghost Legend pre workout shoe horns itself well among some of the best in the business with its intelligent formulation and impressive synergy.

The fact that it’s not so extreme relative to its competitors means even the new guys can try this without worrying about anything other than what to lift next.