While training and exercise should be meditative, there’s always going to be a day where you just unleash your full rage on the weights and lift past your PR. Maybe your boss or colleague pissed you off, or maybe you saw your girl flirting with someone.

Now, imagine a supplement that wants you to feel all the rage and use that energy to take your lifting performance to new heights. That’s what Warrior RAGE Pre-Workout seeks to do with their 7-flavored, 45-serving pre workout supplement.

It claims to be super potent, results-driven, and designed to gather all your rage and just release all of that with each heavy rep.

Warrior RAGE Pre-Workout seems to be a supplement sold by a UK-based company. At least, that’s what my research tells me. It’s mostly found in UK stores as well as discussed in UK forums. There’s also no website which is a red flag. I mean, who doesn’t have a website nowadays? Even my little sister who just blogs random stuff about TV shows and classmates have a website.

Directions: To mix, add one serving of RAGE to 250ml of cold water and shake.  Consume immediately, 30 to 40 minutes prior to intense training.

One look at Warrior RAGE Pre-Workout and you can tell they’re packing some really potent ingredients. The question now is whether these ingredients are properly dosed.

As far as dosing is concerned, 2,560 mg is far from the standard minimum of 3,000 mg, but I think this dosage has potential if combined with other ergogenics.

While all that is good and all, baking soda has a lot of sodium. Bros on a low-sodium diet (especially for medical purposes) should be aware of this ingredient in Warrior RAGE Pre-Workout.

Was Warrior RAGE Pre-Workout ever banned?

Some of my friends were concerned on whether or not Warrior RAGE Pre-Workout was previously banned. And as far as my research tells me, I could not find a single trace of article or news that says it’s banned. I literally scoured more than five pages of search results, using a mix of keywords to get something that would point me to this supplement being banned.

However, what took me by surprise by my research was not the fact that it was banned before (it wasn’t), but the fact that I couldn’t see the company’s website! That’s crazy considering every supplement I’ve taken, recommended, and reviewed all lead to at least one sales page on the internet.

The fact that Warrior RAGE Pre-Workout doesn’t even have a website to call home is actually sad given how cheap you can buy websites nowadays. 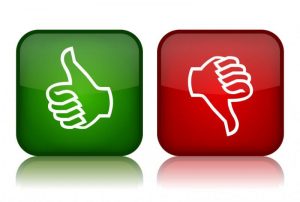 Warrior RAGE Pre-Workout makes use of really potent ingredients in their really potent forms, but ultimately buckles on the aspect of proper dosing.

What I liked was the synergy between Creatine and Beta Alanine. These two ergogenics are known for their performance boosting as well as muscle growth and repair benefits. Creatine helps with improving raw strength while beta alanine acts as a stamina booster, making each lift not as taxing as they would have been without these two ingredients.

The fact that their combined dosage is at 4,000 mg+ makes us think that someone on Warrior RAGE Pre-Workout’s team knows what they’re doing.

I liked the addition of BCAAs. It’s a rare find nowadays, what with more supplements gunning for novel herbs instead of bonafide and proven muscle ingredients. The angle on the whole MTOR activation was also thoughtful, given that BCAAs do spark muscle growth and protein synthesis through something called the mTOR pathway. I’ll spare you the technica mumbo-jumbo, just trust me when I say BCAAs are good shit.

The only problem with their BCAAs is that it’s too small for the purported function. The best you can expect is a minimal benefit.

Perhaps the most disappointing blend is Warrior RAGE Pre-Workout’s Pump & Power Matrix. AAKG and Citrulline are awesome nitric oxide boosters capable of massive pumps, but the dosage handed to them are clinically insignificant. The working doses for each is at a minimum of 1 gram for AAKG and at least 2 grams for Citrulline.

The silver lining is the fact that Taurine and Caffeine should do their job more than well enough, but at the same time you sort of wish they omitted Taurine and just gave that to either AAKG or Citrulline for better workout performance.

The wildcard addition here is good old Baking Soda. I personally didn’t expect to see this in a pre workout nor have I tried it myself. However, the research on this for physical performance boosting is pretty sound and I guess now I know why my friend was shopping for baking goods a few months back.

So, does Warrior RAGE Pre-Workout work?

It will give you a large dose of energy and a decent lifting strength, likely more than enough to give you the “oomph” you need with each lift. I can’t vouch for the pumps, but maybe they’re there for moral support.

Does Warrior RAGE Pre-Workout have a lot of caffeine?

It does at 300 mg. I also think the manufacturer added so much so it could make up for the lack of pump sensation. A lot of supplements like to toss in large amounts of caffeine because it’s cheap and makes the user think it’s working 100% when really, it’s just the caffeine talking.

So, is Warrior RAGE Pre-Workout any good or just hype?

In the context of my Outlift Pre-Workout Review, I’m leaning more towards half and half here, bro. On one hand, it’s got the right ingredients as well as decent dosing for the better part of its ingredient lists. On the other, I’m not confident it can help you better than the other supplements I’ve reviewed that are on the same price range.

Like I said earlier, the caffeine and strength boosts are there. It’s the lack of pump despite the advertisement on the label that puts me off.

Creatine and Beta alanine are both known for their muscle growing as well as lift-boosting properties. You also have BCAAs that literally ramp up protein synthesis, supporting the other two ingredients. Even if the combine dosage is just over 5,500 mg, the synergy between these three should allow for decent muscle-growing potential.

Who is Warrior RAGE Pre-Workout made for?

Well, first off Warrior RAGE Pre-Workout seems to be almost exclusively sold in UK. I literally just found out about this supplement a few days back and that was on Amazon UK. It does sell to US customers, but it’s not as widespread compared to the supplements I’ve reviewed in the past few weeks.

The itching from beta alanine and the possible bloating sensation from creatine should be the least of your concerns. The big baddie here is caffeine at 300 mg. With no way to counter its stimulatory properties, get ready for crashing, jitters, and maybe a dose of nausea and a headache or two.

It has the makings of a great pre workout, combining some of the best ingredients in this category, but just couldn’t get the job completed as promised. You will have a strength boost, lots of energy, and maybe pack on decent muscle with each serving, but other pre workouts can do that too and more. All you need to do is add a few more dollars.

There’s also no website which means you can’t call on anyone or send this back should you have an unsatisfactory experience.

The only way I can see this working is if you know how to stack, but come on bro! We shouldn’t have to tweak this product to work; it’s supposed to work on its own.

The 45 servings for $26 may look attractive, but I personally think you’re better off with other pre workouts that would only cost $5-$10 more to get the same benefits and more.